While many of us have been soaking up UV rays and getting tans this summer, most of us are sure to take precautions such as applying sunscreen or wearing protective clothing. However, there is an element at work protecting us from those UV rays. This element is, of course, the ozone layer. We’re all familiar with the vital role the ozone plays and in 1994 the United Nations General Assembly proclaimed September 16 the International Day for the Preservation of the Ozone Layer. We would like to commemorate this important day by discussing the meaning of the day and learning more about the ozone layer itself. 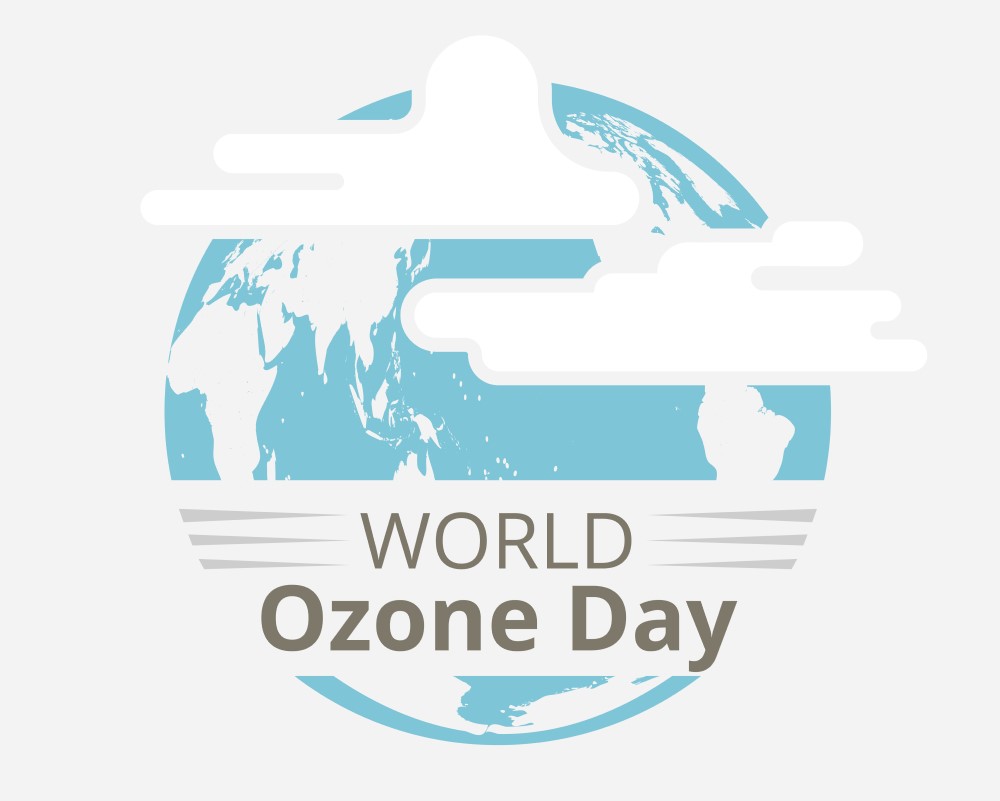 The International Day for the Preservation of the Ozone Layer (World Ozone Day) was designated as September 16 in remembrance of the date that the Montreal Protocol on Substances that Deplete the Ozone Layer was signed in 1987. The protocol is an international treaty that was designed to protect the ozone layer and has led to 99% of ozone-depleting chemicals to be phased out of usage. The theme for this year’s World Ozone Day is ’32 Years and Healing’ and is, in a sense, a celebration of the achievements we’ve made on protecting and restoring the ozone layer. According to a recent study*, the upper stratospheric ozone layer has increased by 1-3% per decade since 2000 in parts of the world. At this rate of increase, the ozone layer in the Northern Hemisphere is expected to be entirely restored by the 2030s with Southern Hemisphere and Polar Regions being restored by the 2050s and 60s. In addition, the endeavors to protect the ozone layer inspired by World Ozone Day have helped in climate change efforts by preventing an estimated 135 billion tons of carbon dioxide from being dispersed into the atmosphere from 1990 to 2010.

The ozone layer is fragile, yet vastly important. This layer of gas absorbs portions of radiation in the form of UV rays from the sun and prevents them from reaching the surface of the planet. The name ‘ozone layer’ comes from the ozone gas present in the stratosphere, which is a form of oxygen. While oxygen is found in large quantities in the ozone layer, ozone gas can also be found in abundance on the surface of the earth as well. The majority of ozone gas in the atmosphere is concentrated in the stratosphere about 15-30km (9-18m) above the earth’s surface.

Learn more about the evolution of refrigerants and how they affect the ozone layer.

Protection of the ozone layer is particularly important because of the role it plays in absorbing UV rays or, more precisely, UVB. UVB is a band of UV radiation from the sun with a wavelength between 280-380 nanometers and has some very harmful effects on the planet. UVB is especially detrimental to DNA. It is linked to skins cancers such as melanoma and is even harmful to crops and marine life. Preserving the ozone is essential to the protection of our atmosphere, our health and life on our planet as we know it. 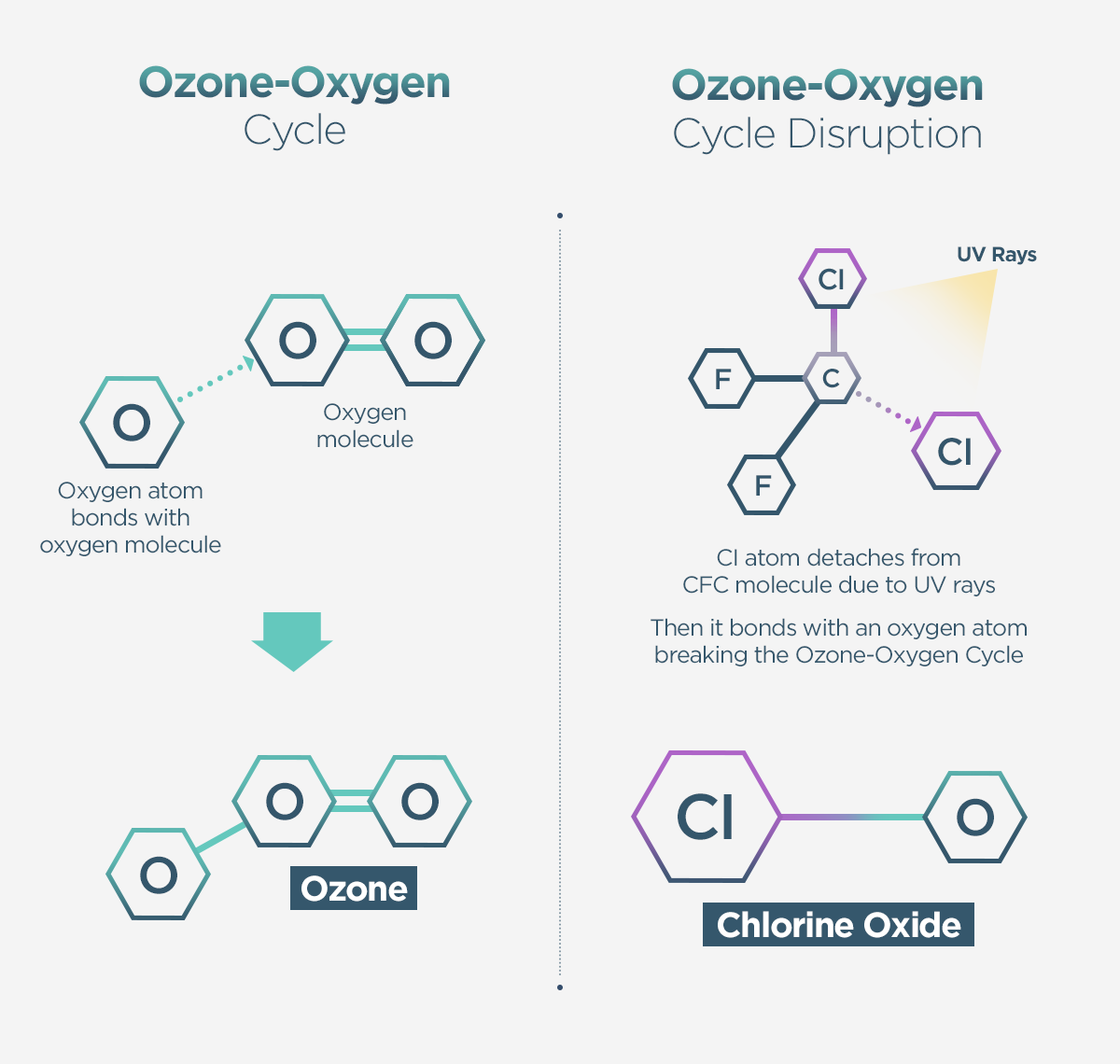 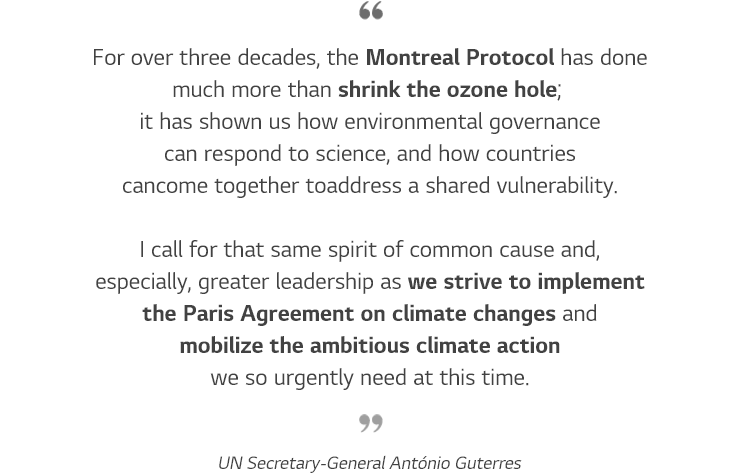 We hope you join us in celebrating World Ozone Day as we do our part to limit the amount of substances emitted into the atmosphere with new innovations in HVAC technology. The ozone layer works as the Earth’s sunscreen to protect the planet from the sun. This year, remember September 16 and the success we’ve had in restoring the ozone layer while keeping in mind we still have a ways to go. Check out our next post to learn about the innovative Therma V R32 Split from LG that is doing more to reduce the impact on the ozone layer.

Post Views: 5,897
*Products and solutions may vary according to country and operating conditions. Please click the 'INQUIRY TO BUY' banner below to contact your local LG office for further information on solutions and products.
The Power of LG Solutions at Korea Energy Show 2019 Previous
Greener LG with Therma V R32 Split Next