On a hot morning, what’s the best thing beat the heat? A glass of iced coffee! When employees arrive at work and gather in the break room to fill their cups with ice, the ice can get used up fast. Ideally, the ice should be made the night before. If not, the employees would be left with no ice. Similarly, when cooling offices and buildings, ice is made overnight and then the cool air is circulated throughout the office in the daytime. Thermal Energy Storage (TES) is basically ice storage used for air conditioning.

How thermal energy storage works: Ice build-up and melt-down phases
TES has two phases of operation: the ice build-up and the ice melt-down phase. There are several ways to achieve these phases. The general procedure is when Chillers (machines that remove heat from water) generate and store ice in the form of ice balls or ice on coils (water converted to ice by being run through heated galvanized steel coils). The ice is stored at night. During the daytime the process is reversed. Heat from the air in the building or recycled tank water is run back through the ice balls or ice coils to produce cool air which is then piped back into the building for air conditioning.

There are essentially 4 ways in which TES can be implemented
1. Ice Making : The chiller runs at night to conserve energy
Electrical energy is costly during peak consumption periods and cheaper during off-peak hours. With TES, ice is made at night during off-peak hours when energy prices are lowest (typically 40%). 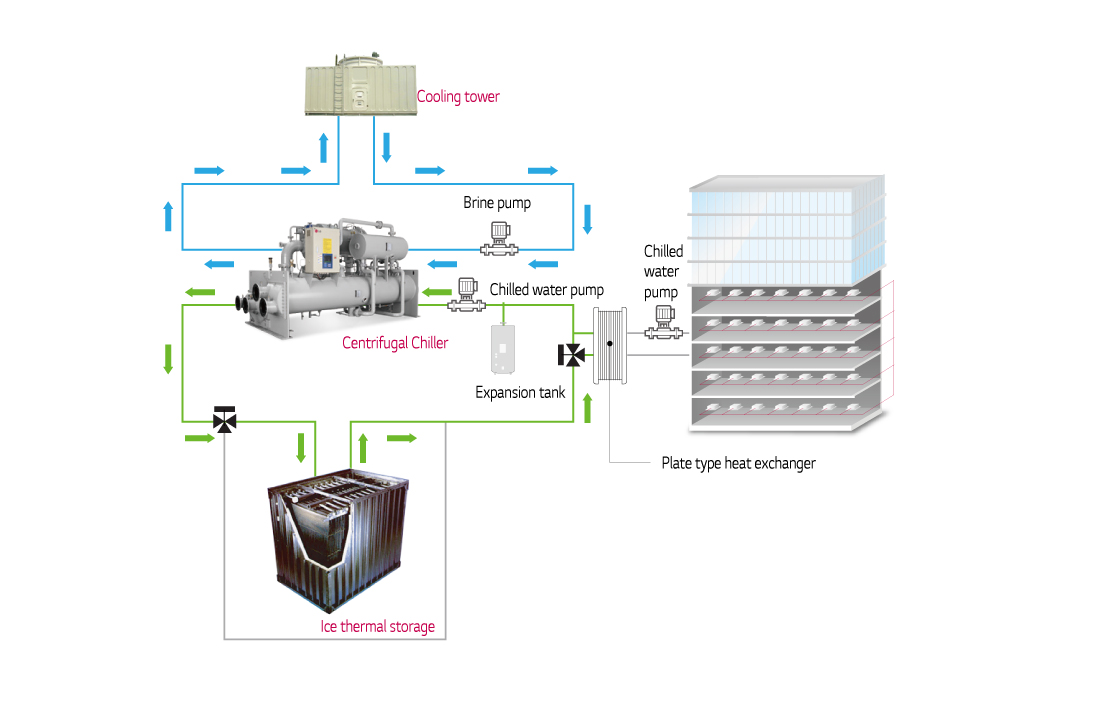 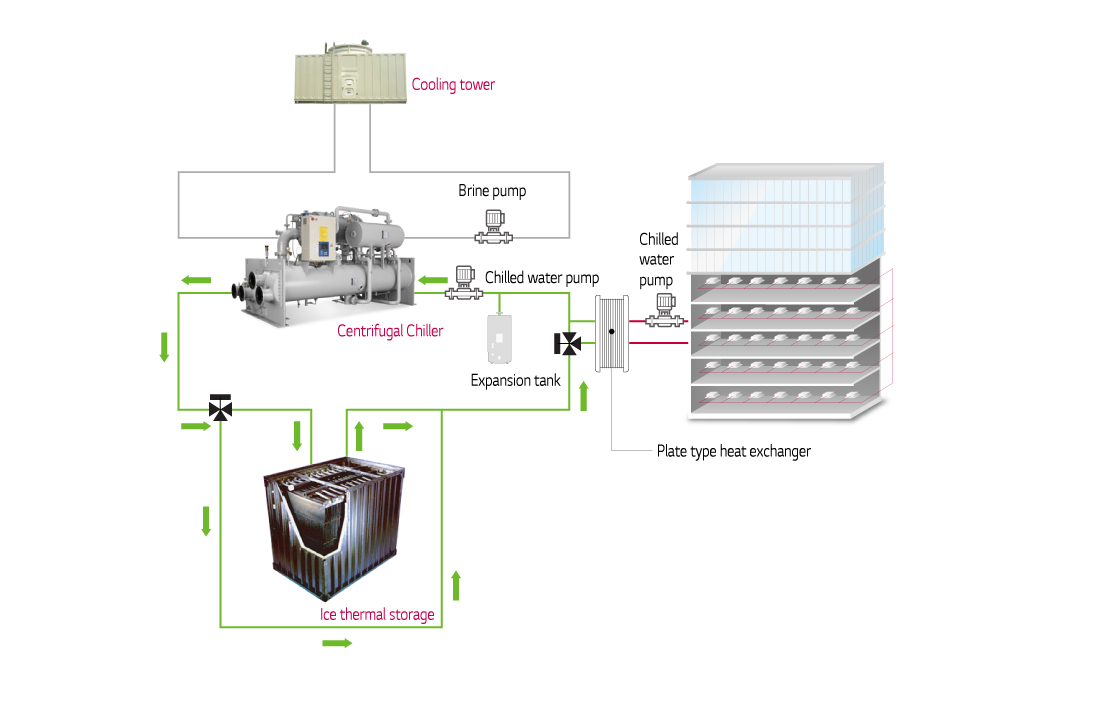 3. Chiller&Ice Cooling : The chiller runs simultaneously with TES
Chillers and TES can be run together when workload is particularly high on the TES system. This increase efficiency and reduces wear on the TES system overall. 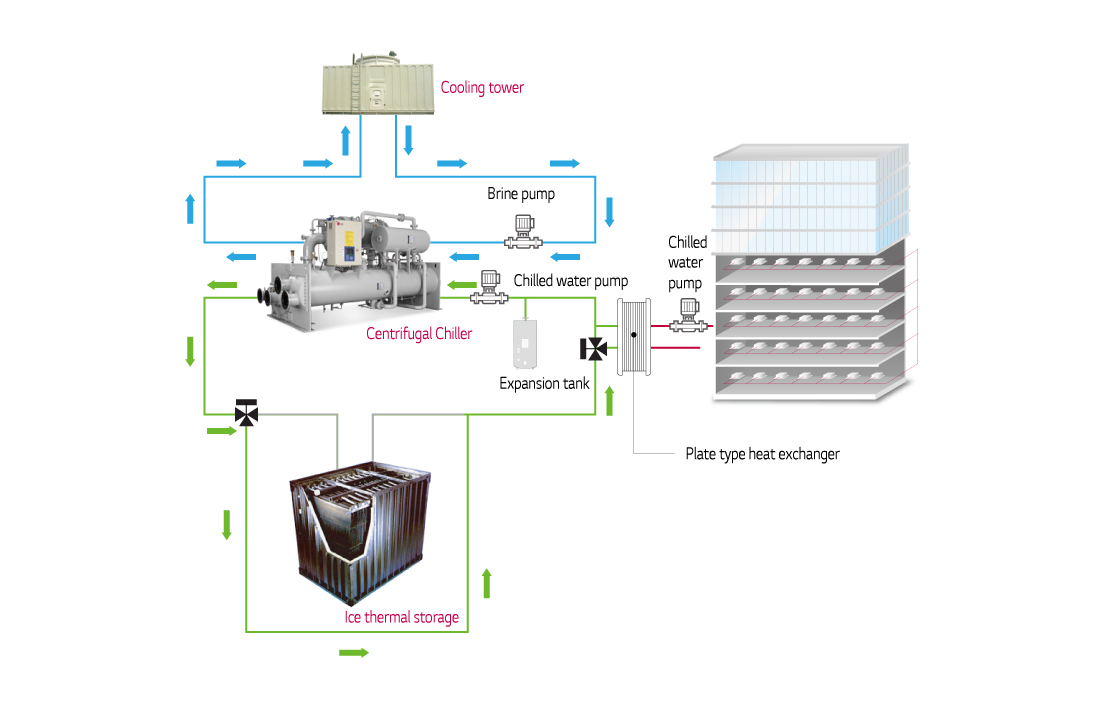 4. Chiller cooling : The chiller runs independently
When the ice in the TES system has been melted, the system requires more ice. The chiller freezes and stores more ice and simultaneously cools while in operation. 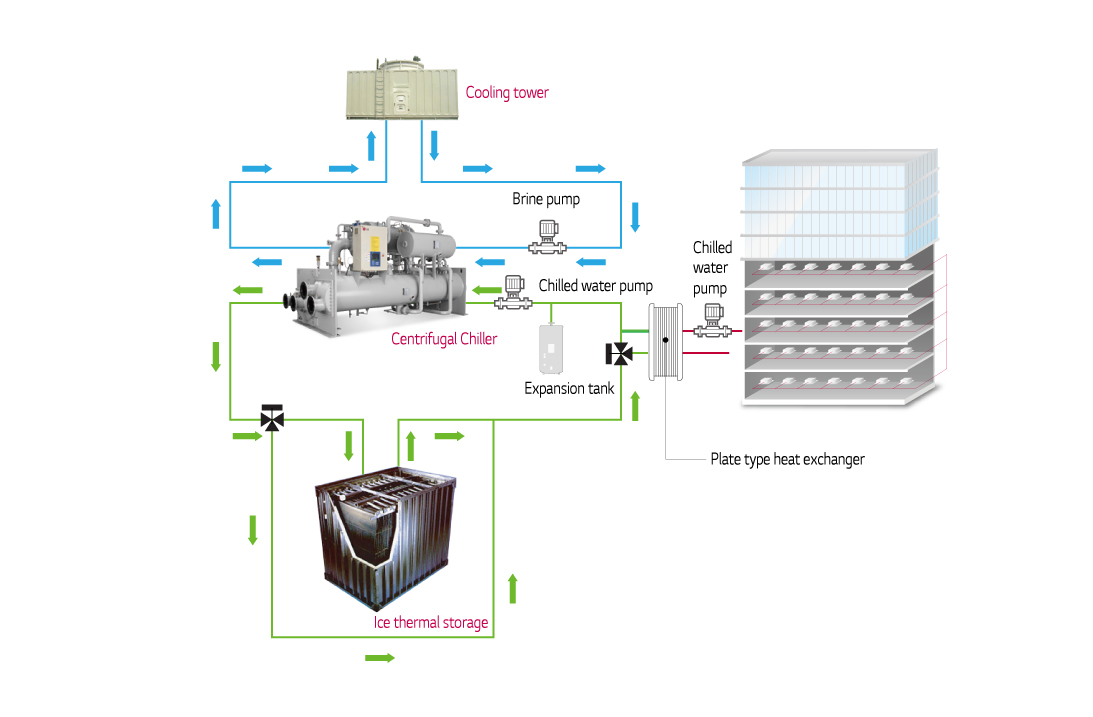 Lower energy costs: More money in your pocket
With growth in industry and manufacturing around the world there is also the growing need for energy-efficient, economical, and eco-friendly cooling methods. LG air conditioners fill this need.
Air conditioning systems in large commercial buildings and hotels are the biggest users of energy overload on hot summer days. These overloads on the electrical power grids occur during peak consumption periods and are very costly. When the supply of energy isn’t met by the grid then there are power cuts. Increasing power cuts and power restrictions call for better ways to store energy. TES can balance these energy shifts and demands – here’s how.
Electrical power grids use various methods to make and store energy on a large scale. They also use renewable resources such as ice, wind, solar, and tidal power. These are primarily used by the grid when production falls below consumption. Of these renewable energy sources, TES is the most effective as the others are not always supplied at peak energy demand periods. Chillers also run more efficiently at night by discharging hot air into the cooler night. Any fuel used is a domestic resource therefore cheaper at night.

Works with other cooling systems or standalone: Economical and efficient
TES can be set up as a backup for installed cooling systems during power cuts or set up to be used during peak energy demands. TES supplies the peak load whereas the grid supplies the base load. It can also be used when an installed air cooler doesn’t meet the required capacity. Another efficient use of TES is maintaining cooler air temperatures once the air conditioners are turned off. In summary, TES can be used alone or in combination with other cooling systems. LG has a range of products that can be adapted to your unique situation. LG’s TES solutions are an economical and efficient means of air conditioning—leaving more money for what else? Coffee! 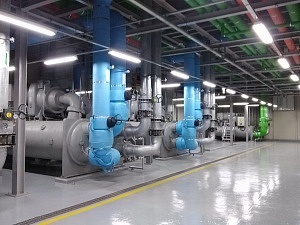 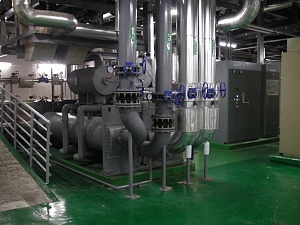