Refrigeration and air conditioning have become such an integral part of live in modern civilization that it is hard to imagine a home or commercial building without some form of a refrigerator or air conditioner. While humans lived for thousands of years without these technologies, the advantages of these technologies have revolutionized contemporary society. One invaluable factor that has made these comforts possible is refrigerants. Refrigerants are substances, typically fluids or gases that are used in heat pump and refrigeration cycles to absorb heat from the environment and provide refrigeration or cool air through compression. But where did this technology come from and how are these substances being used today? 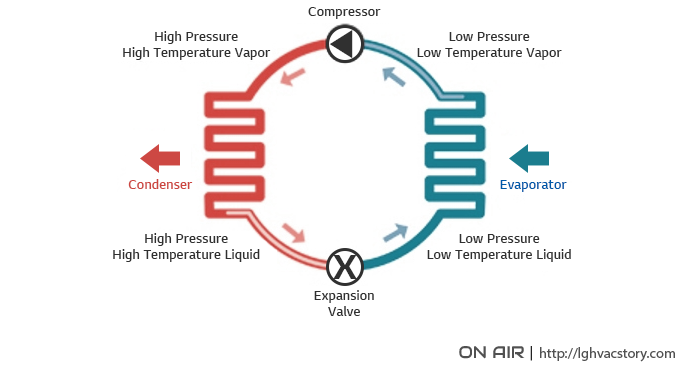 In the mid-18th century, Benjamin Franklin and Professor John Hadley were able to record a drop in temperature to below freezing through a process of evaporating ether. Other refrigeration inventions soon followed using the basis of the finding reported by Franklin and Hadley. Within a hundred years, a Scottish-Australian engineer by the name of James Harrison had patented a vapor-compression refrigeration system, which was almost immediately adopted by the brewing and meat packing industries. Harrison’s invention is truly the progenitor of the modern refrigeration mechanism that uses a system of coils in which refrigerants are compressed and transfer heat as they move through the coils. Harrison ultimately used ether as a refrigerant but the volatility of the substance soon had the booming industry of refrigeration looking for alternatives. 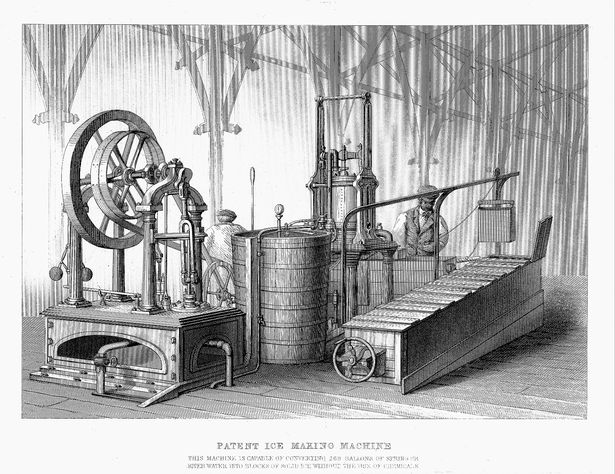 By the 1930s, chlorofluorocarbons (CFC) had begun to be adopted as a refrigerant and proved to be a safer option as it is non-toxic and non-flammable. The substances also have high masses, which makes them very efficient in transferring heat and ideal for the refrigeration process. DuPont developed several CFC compounds and under the brand name of Freon and that is a name commonly used to refer to CFCs. CFCs were soon being used in a wide range of applications. But by the 1970s, the scientific community found that CFCs were actually not as harmless as initially perceived and the chemicals were observed to be damaging large amounts of the Earth’s ozone due to their chlorine content. 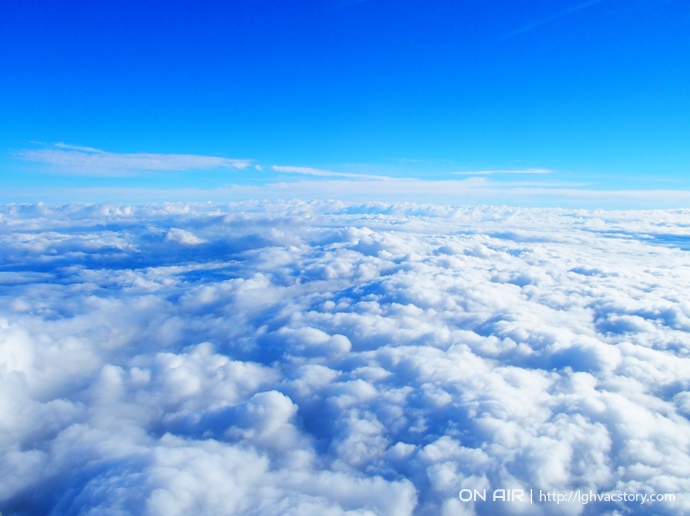 The production of CFCs was banned in most countries by the mid-1990s but the substances are still used in a very few specialized cases. As an alternative, most refrigerators and air conditioners today run on new refrigerants based on hydrochlorofluorocarbon (HCFC) and hydrofluorocarbons (HFC). These substances do not have the damaging effect on the ozone while offering the same performance advantages of CFCs. HFC refrigerants such as R-410A are more efficient than CFCs such as R-22 and their intrinsic properties reduce the risk of compressors burning out due to overheating. Another refrigerant known as R-32 is also very efficient and can reduce energy consumption up to 10% compared to previous CFC refrigerants. So, these new refrigerants are reducing energy costs, increasing efficiency and decreasing the emission of gases that are harmful to our environment. However, HCFC and HFC refrigerants do contain fluorine and came into use before we fully understood the impact of fluorine on global warming. These substances are scheduled to be phased out over the next 10-15 years and other alternatives are still being investigated as replacements.

Refrigerants are a major component in the refrigerators and air conditioners we use daily. While they provide luxuries that most of us would struggle to live without, we can see that they have a substantial impact on our environment and research must be done to perfect the refrigeration process. The impact of these substances on our lives is immeasurable and we can expect to see continuous developments in the makeup of refrigerants and how they are used. As the refrigeration and cooling process continues to evolve, we can be sure that refrigerants will continue to be a part of our daily lives.

Post Views: 2,971
*Products and solutions may vary according to country and operating conditions. Please click the 'INQUIRY TO BUY' banner below to contact your local LG office for further information on solutions and products.
“Cool Roof” Keeps Buildings Cool Previous
LG Electronics Technological Prowess Shines at HARFKO 2017 Next