Embracing The Power of District Cooling

54 percent of the global population lives in urban areas[1], a number that is not only higher than at any point in human history but is also expected to grow in the years to come. In fact, the UN projects that two thirds of the people living on Earth in 2050 will reside in urban areas[2]. When combined with projected global population growth, these trends could result in as many as 2.5 billion more people living in urban areas by 2050.
Nearly 90 percent of the projected increase is due to occur in Asia, the Middle East and Africa, and is concentrated in areas that require additional infrastructure investments in order to cope with burgeoning populations. As cities worldwide brace for population booms, many are relying on large-scale pre-planned urban development projects to provide an outlet for overpopulated areas. Designed to boost quality of life for future residents with efficient, eco-friendly and easy to navigate urban plans, these forward-thinking developments are already attracting residents looking to experience the future of sustainable living.
As cities look for new ways to promote efficiency and responsible growth in the 21st century, an increasing number of urban planners are embracing district cooling to meet their climate control requirements. District cooling places several large chillers in a single location to provide remote climate control by piping in cold water. By eliminating the need for individual, specialized on-site climate control solutions, district cooling gives urban planners and architects an unprecedented degree of freedom as they dream up the urban centers of the future. District cooling can be implemented in a variety of settings including retail centers, factories, entertainment venues, housing and much more.
The flexibility of district cooling provides urban planners with a climate control solution that is capable of meeting a variety of needs, providing exceptional energy efficiency alongside uncompromising performance. In addition to allowing for greater freedom in the design of buildings, the variety of solutions that can be used in district cooling setups means that district cooling is perfect in almost any setting. 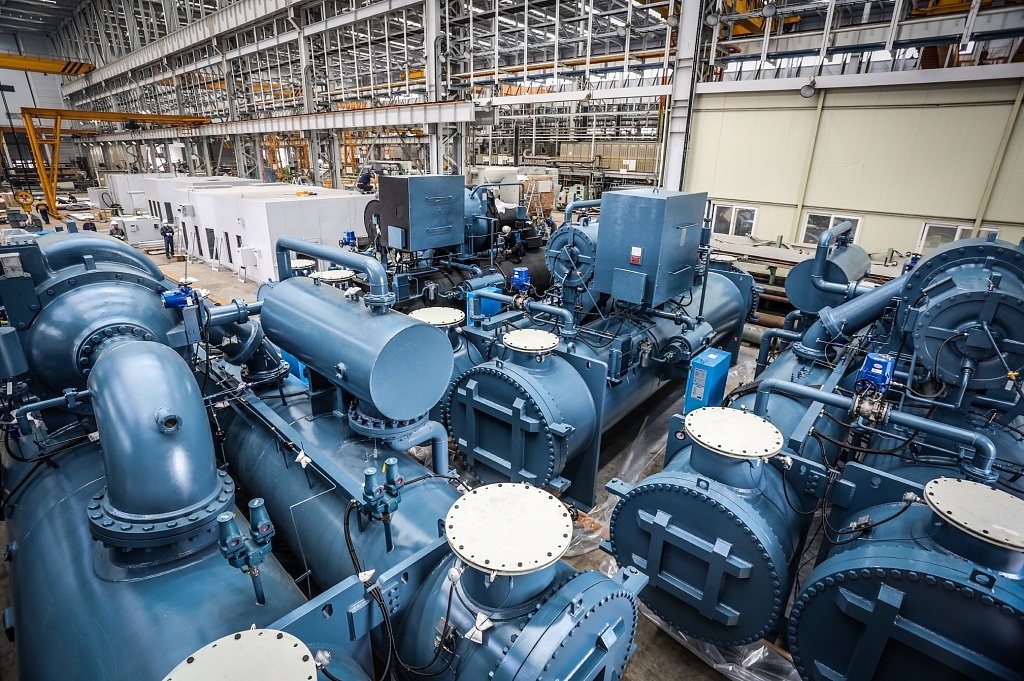 As pre-planned developments continue to grow in popularity, it is no surprise that engineers and architects alike are constantly finding new uses for district cooling solutions. Some are even extending the reach of district cooling to include climate control for large office complexes and similar projects. The recent use of LG chillers to provide district cooling for the new Government Agencies Compound in Riyadh, Saudi Arabia demonstrates the power of this advanced technology to combat even the most inhospitable temperatures.
Housing some of Saudi Arabia’s most important government, the Government Agencies Compound is part of a multifaceted national campaign to create a more efficient, modern capital city. Riyadh’s population has nearly doubled over the past 20 years, from just over 3,000,000 in 1997 to nearly 6,000,000. This massive population influx has led to grand construction projects designed to transform the city from a regional business hub to global economic powerhouse.
The unparalleled versatility of LG’s Centrifugal Chiller makes it the perfect HVAC solution for the 900 thousand square meter Government Agencies Compound, with the 12 Centrifugal Chillers providing uniform climate control across the entire facility.
The optimized two stage compressor cycle of LG’s chillers gives the entire lineup world class energy efficiency ratings. In addition to COP (Coefficient of Performance) of 6.7, the LG Centrifugal Chiller boasts an IPLV (Integrated Part Load Value) rating of 8.0. The addition of a second inlet guide vane also boosts efficiency and reduces operational costs. Ideally suited to district cooling installations, LG’s advanced chiller lineup has helped the company emerge as a leader in the global air conditioning market. 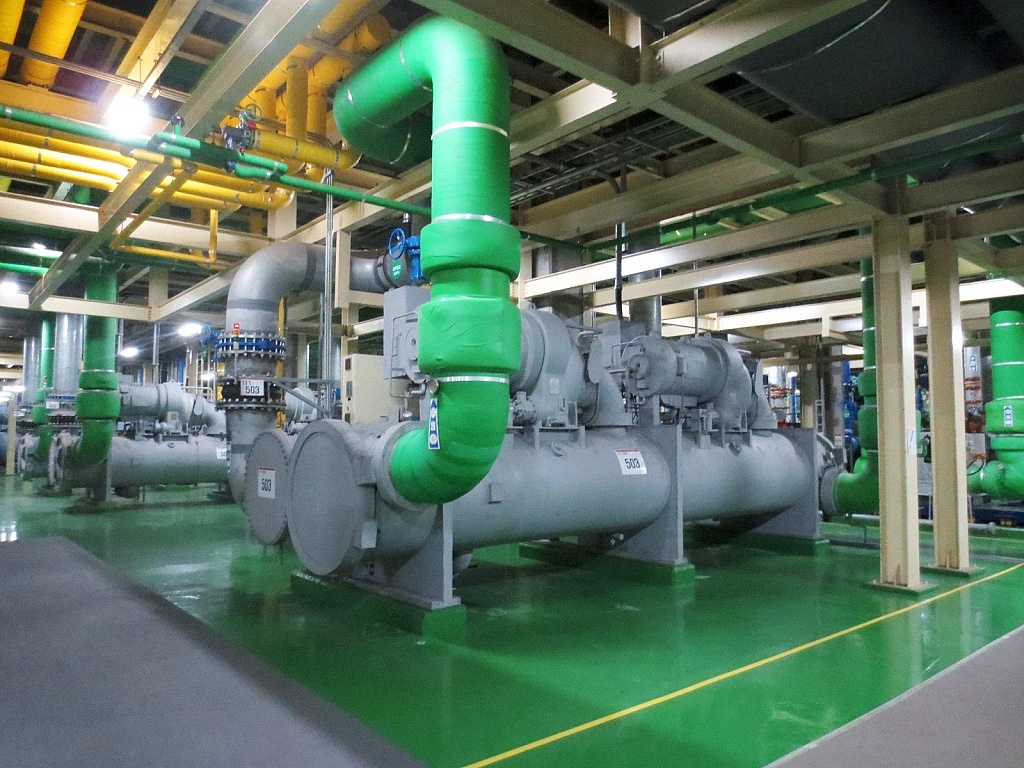 The successful installation of LG chillers to provide climate control for the Government Agencies Compound in Riyadh is helping district cooling prove itself on the world stage. Already winning over urban planners with its flexibility, it is no surprise that so many are realizing the exciting benefits of district cooling technology when paired with advanced chillers. District cooling represents the future of climate control, and the latest chiller lineups from HVAC innovators like LG will help the format reach new heights in years to come.

[1] Source: World Health Organization
[2] Source: United Nations Department of Economic and Social Affairs
Post Views: 3,367
*Products and solutions may vary according to country and operating conditions. Please click the 'INQUIRY TO BUY' banner below to contact your local LG office for further information on solutions and products.
Therma V Introduction with new lineup Previous
Saving One of Your Biggest Assets : 10 Tips For A More Efficient Chiller Next