Why a Man went to Work in a Dress

A U.K. call center employee went to work in shorts on a hot day and learned as soon as he arrived at the office that he had to return home. The company has a very strict ‘no-shorts’ dress code so he had to go home to change. The worker got so upset that male workers could not wear shorts even though female workers were allowed to wear short dresses or skirts, that he showed up to work in a dress the next morning. The dress code said men were not allowed to wear shorts, but it didn’t mention anything about dresses. Eventually, the company stated that they would revise their dress code to resolve the issue. His defiance is quite understandable considering how hot it has been in the U.K. lately. This June was recorded as the hottest month since 1976 in the U.K, with an average temperature higher than that of Thailand.

The Earth is Getting Warmer

The U.K. isn’t alone in suffering from such extreme heat. The entire globe is languishing in early heat waves. This was the hottest June in the Netherlands since they began recording temperatures in 1864; constantly high temperatures and droughts are affecting Spain’s wine and olive farms. 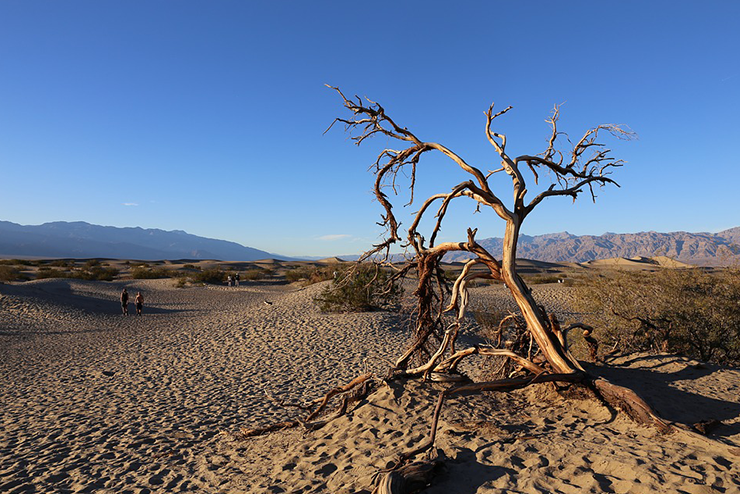 In Death Valley, known to be the hottest location in the States, the temperature reached 52℃ (125℉) and somehow even attracted tourists who wanted to experience the scorching heat; in Arizona, plastic garbage cans and mail boxes melted, and some people even uploaded photos of cookies they baked inside of their cars; flights on small U.S. domestic air crafts, which are vulnerable to high temperatures, were canceled as the heat can affect take-offs and landings.

How Hot Will It Be?

The World Weather Attribution (WWA), a transnational research institute, published a report concluding that these heat waves were caused by human activity. Their findings show that climate change results from greenhouse gases produced by fossil fuels and not by natural factors such as solar change.

The researchers, including Camilo Mora at the University of Hawaii, warned that 30% of people are exposed to lethal temperatures for over 20 days each year, and the proportion will go up to 74% by 2100 if we don’t do anything. This heat wave threatening the globe can make us feel like frogs in a slowly heating pot.

So what should we wear to overcome the heat wave? It is always a good idea to wear loose clothes that cover your skins. There is a reason why people in the Middle East enveloped the whole body with loose clothes. Those loose cover ups let the air in but protect the skin from the strong sun and sand winds in the desert.

Different styles of clothing to beat the heat

In the modern life dressing, there has also been a change. Japanese companies used to have a strict dress code for their employees. However, since the introduction of the government’s “Cool Biz” policy to cut energy consumption during the summer keeping the companies’ thermostats at 28 °C, people were able to go to work without wearing a jacket. Conservative finance firms in the US have also changed their dress code. Most recently, Goldman Sachs has told employees in its technology division to “exercise judgment in determining when to adapt to business attire.” The dress code is also problematic for young students who need to wear school uniforms. In England, some male students showed up to school with uniform skirts to show that boys need shorts too. While in Korea, no one needed to make a point in that way. Schools made new summer uniforms consisting of shorts and short sleeves made with comfortable material similar to gym clothes.

Climate change and global warming have brought us changes in various aspects of our daily lives. We need to embrace those changes in some parts, but since all the available indicators show that we need to stop or at least slow down those changes, we must figure out how we can do that.

Post Views: 1,945
*Products and solutions may vary according to country and operating conditions. Please click the 'INQUIRY TO BUY' banner below to contact your local LG office for further information on solutions and products.
LG Paves the way for a Smart Lifestyle with SmartThinQ Previous
LG VRF Technology is Revolutionizing the High-End Housing Market Next