What comes to mind when you hear the term “urbanization”? Do you think of the concentrating of populations toward cities and the regional/societal changes caused by this? Negative ideas come to many people’s minds, like overpopulation, excessive energy consumption, heat island phenomenon, and pollution. According to a report from the United Nations Environment Program, the world’s population will reach 9.7 billion by 2050, and 66% of this (6.4 billion) will be residing in and around cities. Due to such population growth and continuous urbanization, buildings are expected to account for 50% of all energy demands by 2050.

This may sound alarming; however, they can become a key to resolving not only economic issues but also climate change and pollution. Let’s have a look at how these energy consuming buildings can be utilized for these purposes. 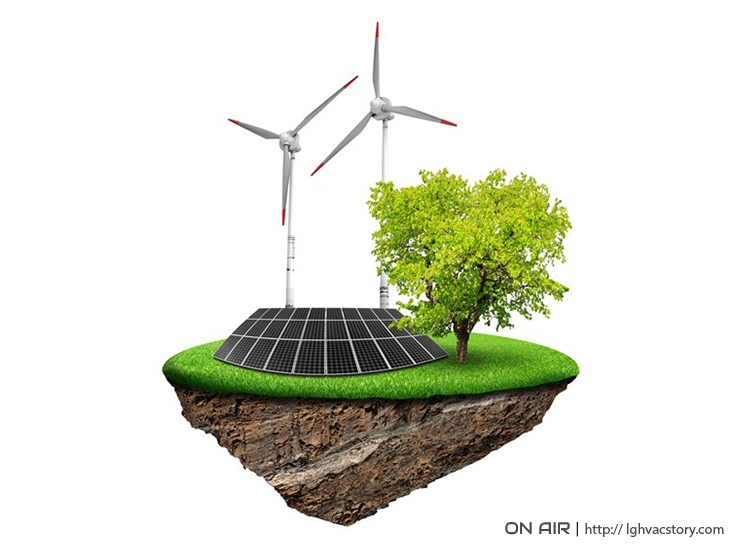 Energy self-sufficiency systems through which necessary energy can be produced are gaining the world’s attention, as the efficiency of new renewable energy plants is enhancing and energy storage systems (ESS) are more commonly being used in conjunction with new renewable energy. These systems are often called “microgrids” and “energy self-efficient islands.” The term Microgrid refers to a local power system created for a small region which runs independently from larger power networks and is self-sufficient by producing and storing new renewable energy. One of the best examples of this is an “energy self-sufficient island” which provides power to an island or other areas without power transmission or a distribution grid. These islands can become self-efficient by replacing existing power systems by using diesel with clean energy.
Urbanization is an inevitable trend and it is our fate to pursue sustainability by enhancing energy sufficiency in cities. What do we need to build an “energy self-sufficient city?” Would it be possible if a number of individual, self-sufficient buildings started producing the energy they require by themselves?

“Net zero-energy buildings” produce all of the energy they require on their own. Theoretically, their self-sufficiency rate (produced energy ÷ consumed energy) is over 100%. However, it can be “Nearly” net zero-energy buildings, which mean “a structure which minimizes energy load and consumption through the use of new renewable energy.” In other words, buildings can be designed to be energy efficient, combining the existing concept of a passive house with the new concept of an active house for energy self-sufficient cities.

Active House
A building which generates renewable energy to cover its own consumption. 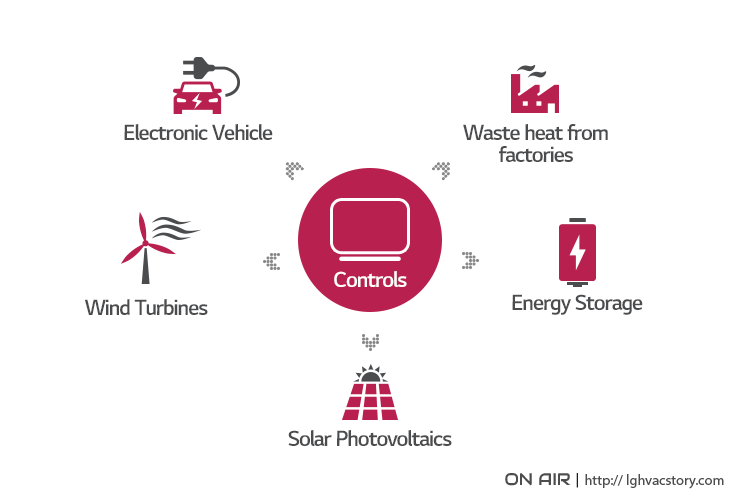 We need to accept urbanization as an inevitable fate, but imagine countless buildings in cities capable of conserving energy and self-generating from eco-friendly sources, and even selling and buying this self-generated energy to other organically connected buildings. We will soon be able to consider an urban core as a gigantic power plant rather than a concrete jungle. I look forward to seeing more of these urban “net zero-energy” buildings in the future.

Post Views: 2,497
*Products and solutions may vary according to country and operating conditions. Please click the 'INQUIRY TO BUY' banner below to contact your local LG office for further information on solutions and products.
Building an Oil-Free Future Previous
Inverter Technology, Heart of LG Electronics Products Next