Reality Does Not Bite: What's new in the World of AR

Augmented Reality (AR) refers to a technology which inserts 3D virtual images into images or backgrounds from reality. Apps through which we can see what streets or objects are around by pointing our smartphones at an area, or through which we get a weather forecast by holding a phone toward the sky are examples of AR. This overlapping of AR graphics onto reality is quite versatile and can be used in a wide range of industries including broadcasting, education, gaming, and the military. Today’s posting will share how this intriguing technology has developed so far, as well as some of the newest AR trends.

The popular game Pokémon Go, which combines GPS and AR, is probably the most well-known example when talking about the topic. The New York Times wrote, ‘Pokémon Go represents one of those moments when a new technology — in this case, augmented reality or AR, which fuses digital technology with the physical world — breaks through from a niche toy for early adopters to something much bigger.’ AR, in other words, which was originally considered a technology only for experts and early adopters, has successfully taken a step into the mainstream.

As AR becomes more popular, related businesses have become busier than ever. Companies are trying out interesting ideas, such as making content that utilizes AR to help users experience international sights and museums more vividly. Let’s have a look at how major IT companies use AR technology.


Google Lens – See the World in a Different Way

“In an AI-first world, we are rethinking all our products. – Google CEO Sundar Pichai.”
The quote above is what the CEO of Google said at the annual developer event Google I/O, held on May 17th. His statement means that we now need to move toward AI which connects machines and humans rather than sticking to mobile-based platforms. The first AR service introduced in this context was Google Lens. 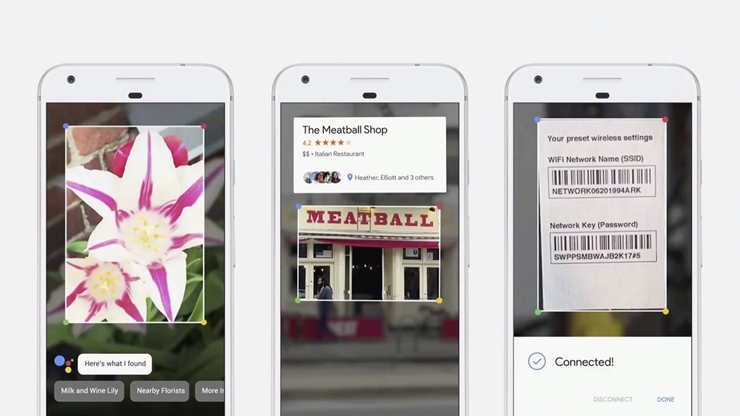 When you point a smartphone camera at a flower, Google Lens will tell you what flower it is, and when you point it at a restaurant, it will tell you their most popular dishes as well as online reviews. If you aim the camera at a Wi-Fi ID and password sign at a café, it will connect your phone to their Wi-Fi right away. Google is planning to turn Google Lens into the ‘eye of AI.’ In the near future, we may have these kinds of Google Lens functions on our contact lenses so that they can visualize the information on everything we see.

HoloLens from Microsoft is a wearable device featuring mixed reality (MR), which combines AR and virtual reality (VR) in order to create a space where the real and the virtual world meet. Unlike in existing VR devices with their opaque images, HoloLens offers a half-transparent display so users can still see through the image being projected. The video clip below shows what this half-transparent display looks like. 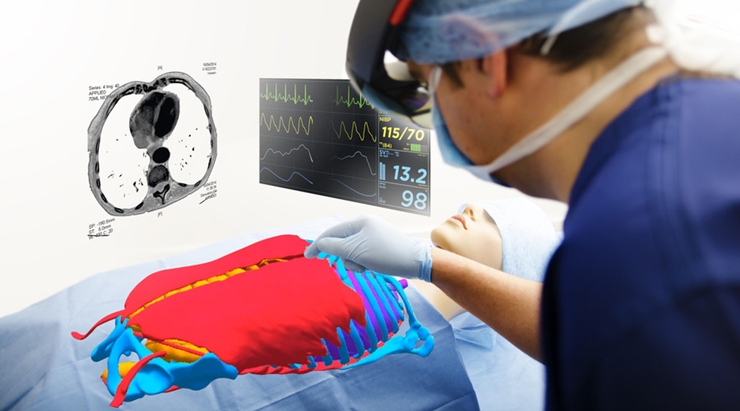 Since the first developer version was introduced in March, over 150 HoloLens applications have been created already. With the HoloStudio app, you can even bring 3D graphics you create out onto your desk. There’s also a game called RoboRaid through which you fight monsters coming out of walls. Recently, even the medical field has adopted HoloLens, which can be used by surgeons when they need to accurately examine inside a patient without making major incisions. Endless prospects of HoloLens are expected to continue. 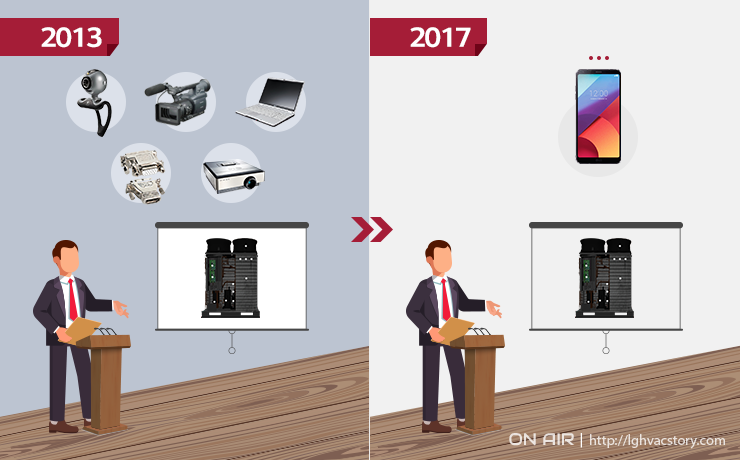 LG Electronics is continuously working on utilizing AR content as well. One example is its product launching presentation which was demonstrated in Singapore four years ago and again in Shanghai this year. Both launching events utilized AR, but they were quite different in detail. Let me walk you through the events.

The video clip above is from the LG Multi V IV Premium launching presentation held four years ago in Singapore. You can see how the 3D graphics appear on the monitor according to the presenter’s hand gestures.

Back then, it wasn’t easy for the public to implement AR. The person in charge of the presentation had to carry several heavy devices such as a high-performance AR computer and an AR camera, and had to go through difficult on-site tuning as well. 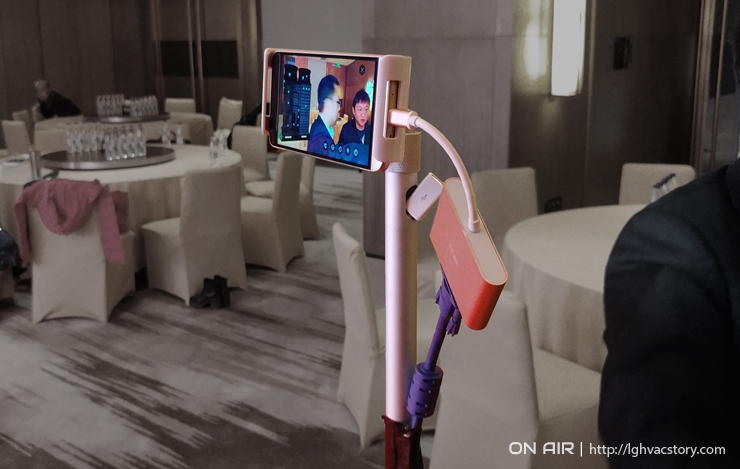 Presenting Multi V 5 at the Event held in Shanghai

On the other hand, the Multi V 5 presentation held in Shanghai this April was a little different. Using AR to create 3D graphics on the screen was the same, but the amount of work that had to go into making this happen was reduced dramatically. 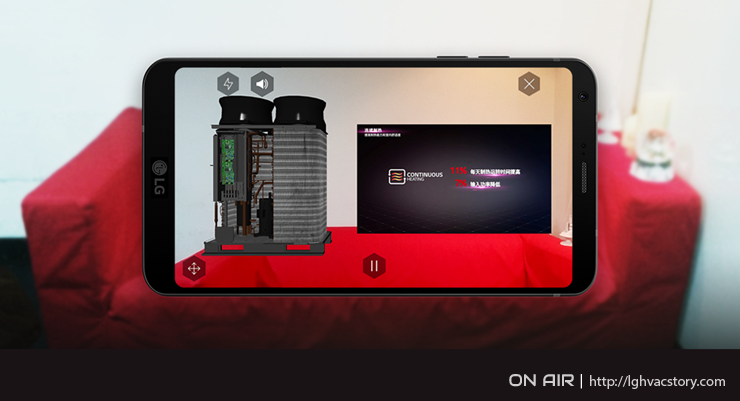 The heavy devices like high-performance computers and AR cameras are now gone, as everything was done with a smartphone. With an application installed on the smartphone*, the presentation was all set to go. Four years doesn’t seem like much time at all, but it’s enough time for technologies to make dramatic developments.

* The application was developed by LG, and is not yet available for public use.

Virtual reality technology, which only seemed possible in science fiction, has now come much closer to our lives. I look forward to seeing how AR technologies will advance and how AR will evolve LG HVAC presentations.

Post Views: 3,133
*Products and solutions may vary according to country and operating conditions. Please click the 'INQUIRY TO BUY' banner below to contact your local LG office for further information on solutions and products.
2017 Interior Trends and the LG ARTCOOL Aesthetic Previous
LG Inverter Technology: Air Conditioner Next