A Journey of Heritage : From a Granary to a World of Art and Culture

The early morning train from Seoul arrived at the small and remote Samlye Station in the south-west of the Korean peninsula. There were few people on the train, and even fewer people were disembarking at Samlye. With no more than simple directions to my destination, I set out to explore what I found to be a former rice granary that has been transformed into a sanctum of Korean art and culture known as Samlye Art Village. The space has deep historical significance in the region and to Korea as a nation and its reclamation as a place that cultivates Korean culture brings even deeper meaning to the site. 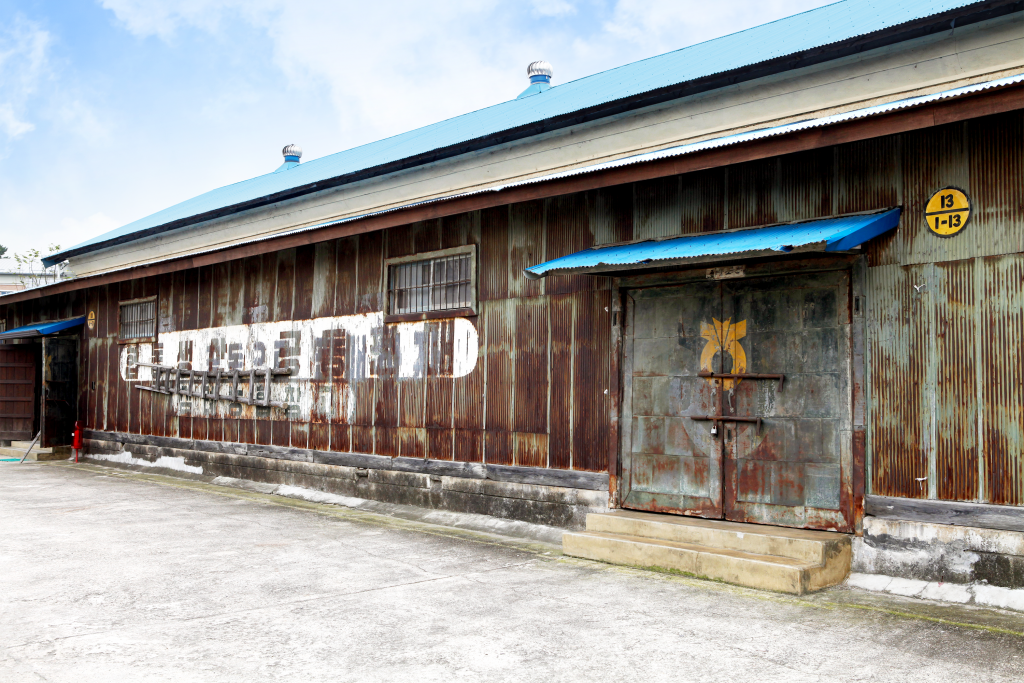 The original facade of the old granary

Entering the Storehouses of History
As I entered the grounds of the village, I could see the aged steel doors and signs along the tops of the buildings that remained from when the area was used as a granary. The exteriors of the storehouses have been maintained as they were for decades and elements of the interiors also remain intact, including the rafters across the structures’ ceilings and circulation fans. Diagonal beams running from the floor to the ceiling that were meant to prevent mold from the grain from collecting on the walls still remain on the interior walls of the storehouses. The writing along the exterior walls still remains, adding to the historic atmosphere of the old granary. The former farming village where Samlye Art Village is located has been remodeled but many of the traditional practices of the people who once lived there can still be experienced daily. The renovations of the historic building keeps the culture and tradition of the village alive and many of these spaces have been renovated and fashioned for exhibition of both new and old types of art and culture. 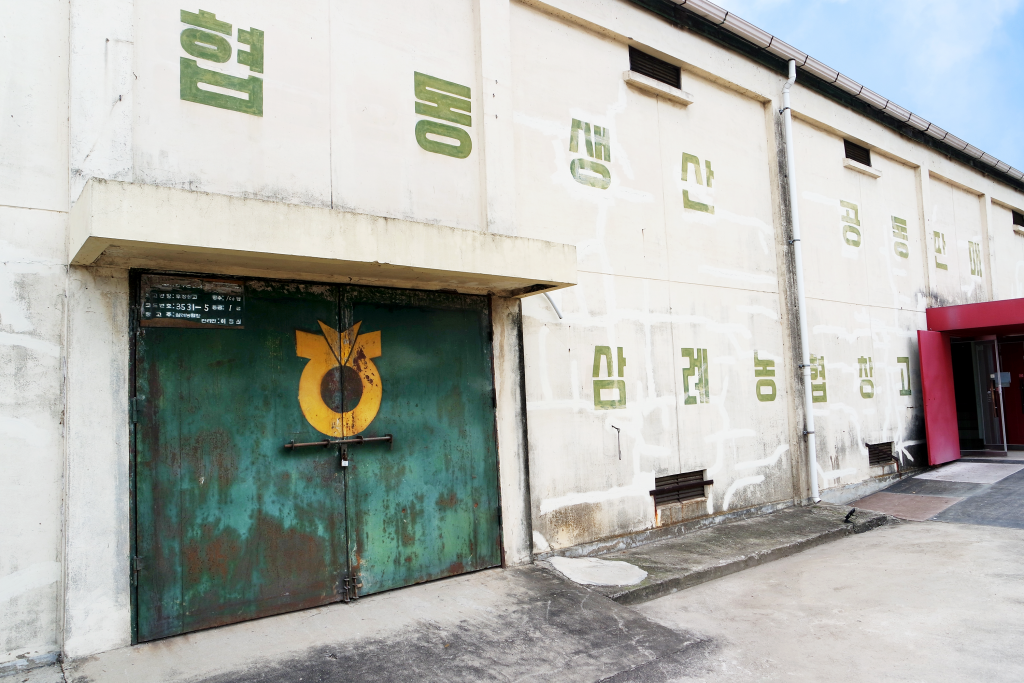 The warehouse exteriors have remained intact after all those years

The History in Store
The granary was established by a Japanese land owner in 1926 during the Japanese occupation of Korea and used as a base for the export of rice to Japan. Many similar facilities were established  near farms in the region during this era by the Japanese. The residents of the village at that time had to suffer hunger and hardships while the rice was extracted from their own farmland. Once Korea gained its independence from Japan, the granary was then used as a storage facility even up until 2010. At that point, the local government decommissioned the warehouse and opened a cultural center that cultivates and celebrates Korean art, culture and history. Visiting a place with such powerful historical relevance that has been reclaimed as a space for the development and appreciation of culture was a meaningful experience. 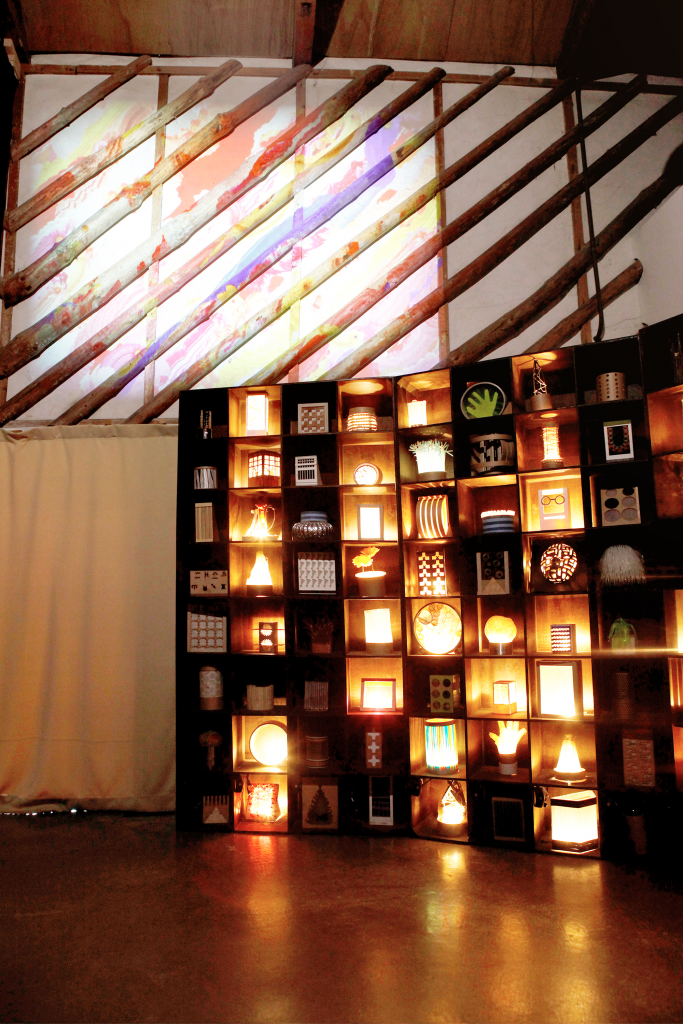 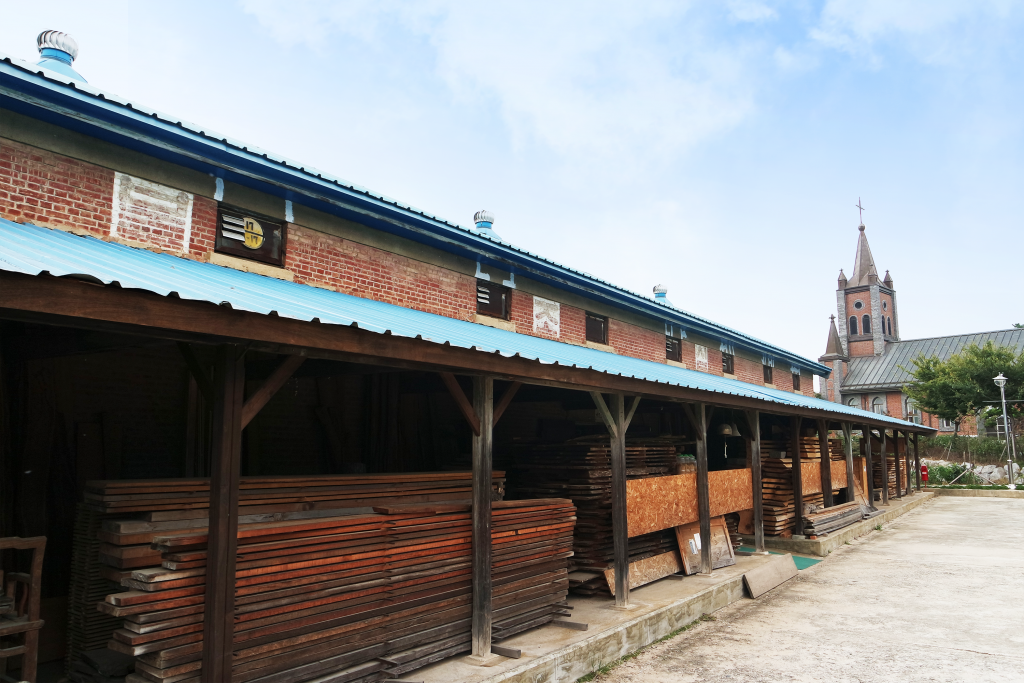 Where Old Meets New
Samlye Art Village offers visitors the opportunity to not only appreciate art and culture but to experience and observe unique elements of Korean culture first hand. The many open spaces of the former storage facility have been refurbished and transformed into centers that embrace different facets of traditional and modern art. The book workshop gave me an opportunity to observe the evolution of book binding and printing with an array of different machines that were used over the years. I walked through the visual media art center and took in the various modern art installations. These exhibits make you feel as though you are part of the art itself and the space gives artists an opportunity to exhibit their works in various atmospheres. The design museum features a fascinating exhibition of unique and innovative designs in the technology space and hosts award winning deviations on technological products that we use in our daily lives. The woodwork shop is a functioning carpentry that has existed on site for decades where I was able watch artists at work and appreciate their handiwork in the showroom. These are just some of the cultural elements visitors can experience in the refurbished village. 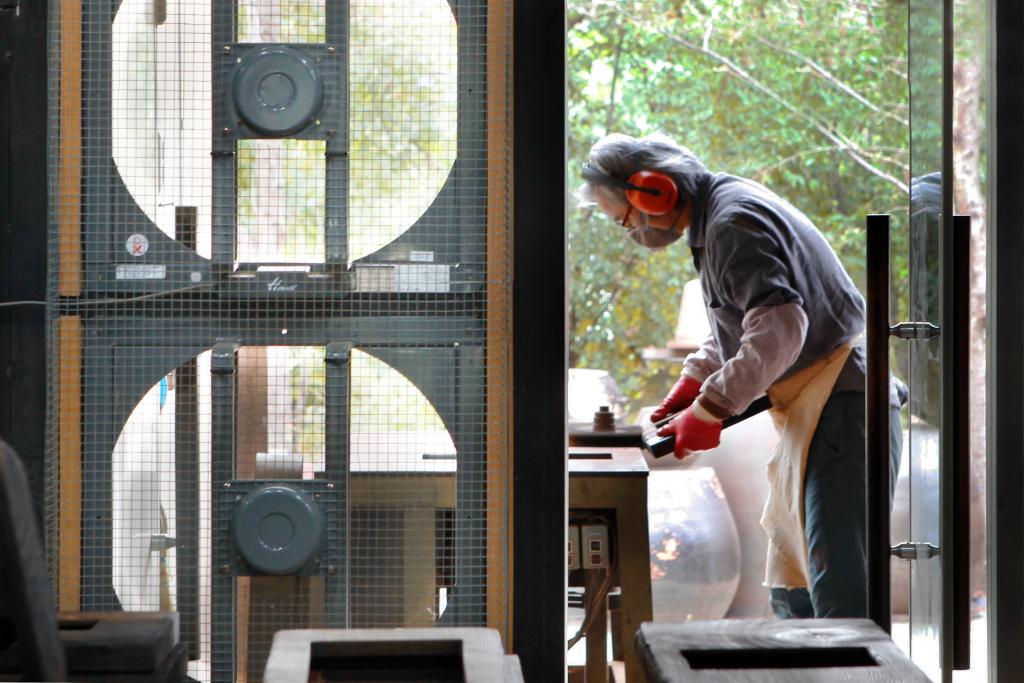 In the many vast spaces throughout Samlye Art Village, LG Air Solutions is delivering a great atmosphere in which visitors can enjoy this refuge of culture in the Korean countryside. In each of  the storehouses that have been transformed, a variety of LG Air Solutions products have been installed to fit each environment. The modern air conditioner units fit into both the modernized designs and maintained architecture of the transformed granary adding a cool and modern element of comfort to the historical renovation. Making my way through each of the storehouses, I could sense the significance of each of the structures through the preservation of their original designs while appreciating the importance of modern showrooms and exhibitions of culture. 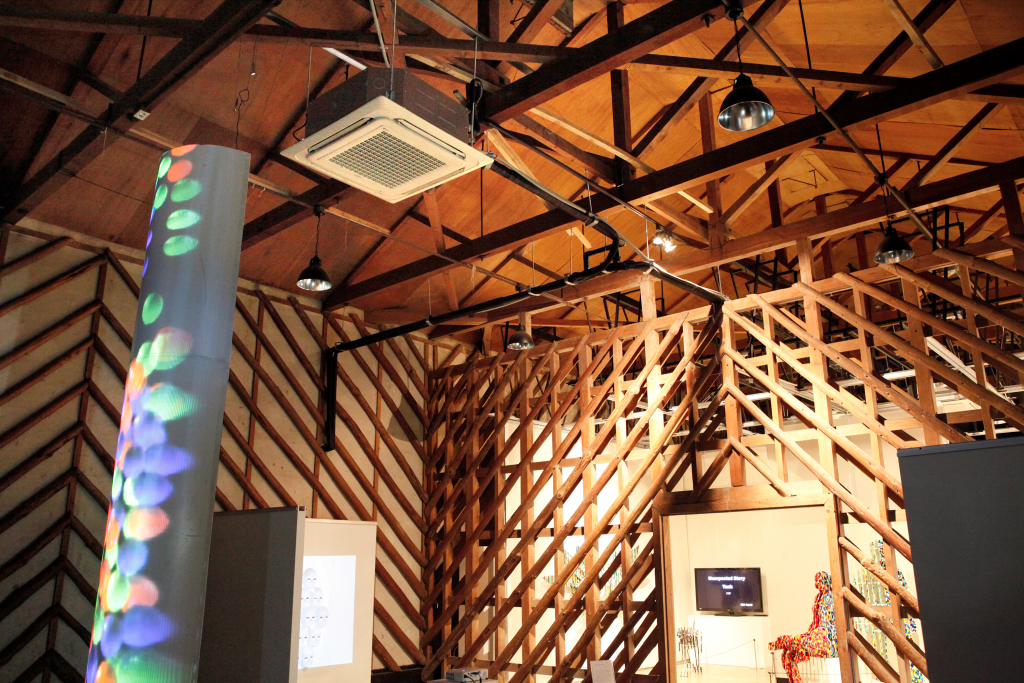 Post Views: 1,952
*Products and solutions may vary according to country and operating conditions. Please click the 'INQUIRY TO BUY' banner below to contact your local LG office for further information on solutions and products.
A Journey of Heritage : The Art Gallery in a Bath Previous
4 Things a Mall Manager Should Know About What Asean Shoppers Want Next