The Indian electronics market is changing due to the newly applied efficiency index called Indian Seasonal Energy Efficiency Ratio (ISEER). All ACs being released starting in January of 2018 will be assessed according to ISEER. Split ACs, which launched in 2016-2017 and were given four stars for their efficiency will only be given two stars in 2018-2019 under the new assessment system, since the new criteria have become more rigorous.
Keeping up with this change in the Indian market, LG launched inverter products called DUALCOOL in March. Let’s have a look at what happened at RAC Press Meet where the DUALCOOL was introduced. 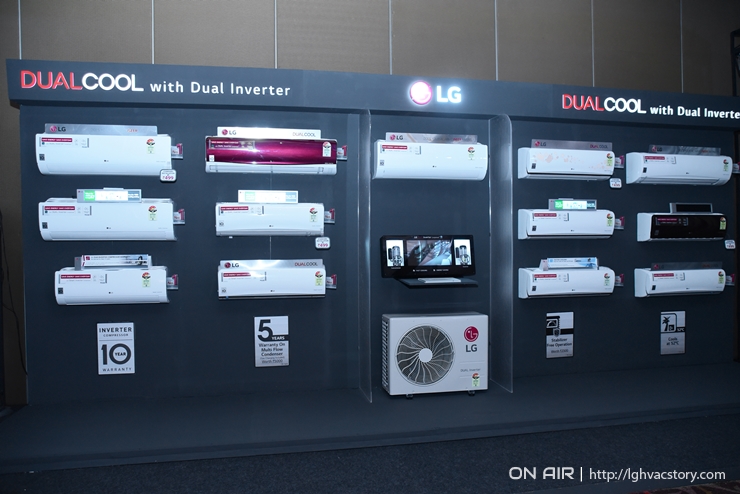 Forty-five LG DUALCOOL were exhibited at RAC Press Meet. Visitors from the press had a chance to learn thoroughly about inverter technology with the exhibited DUALCOOL products.

LG DUALCOOL enhance cooling speed and energy efficiency while lowering noise by using a dual rotary compressor with a twin rotor. It also complies with the ISEER criteria, and uses eco-friendly R-410 refrigerant gas which doesn’t pose a threat to the ozone layer. 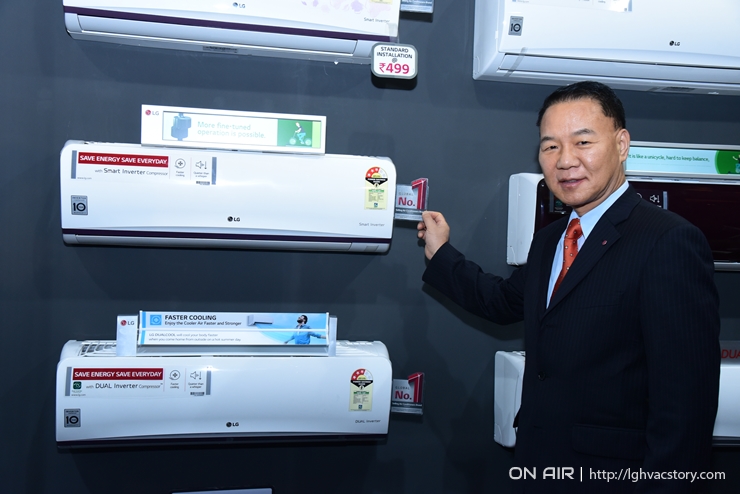 LG DUALCOOL also have functions that are customized to suit the specific environment in India. For instance, Mosquito Repellent technology uses ultrasonic waves to chase the pests away, and the Himalayan Cool technology cools down a room faster with a minimal amount of energy on scorching hot days. The Monsoon Comfort technology will keep indoor air comfortable against the monsoon season’s high temperatures and humidity. These technologies customized for the specific climate conditions in India must have played an important role in LG winning the Most Attractive Brand for 2015 and the Most Trusted Brand in 2015. 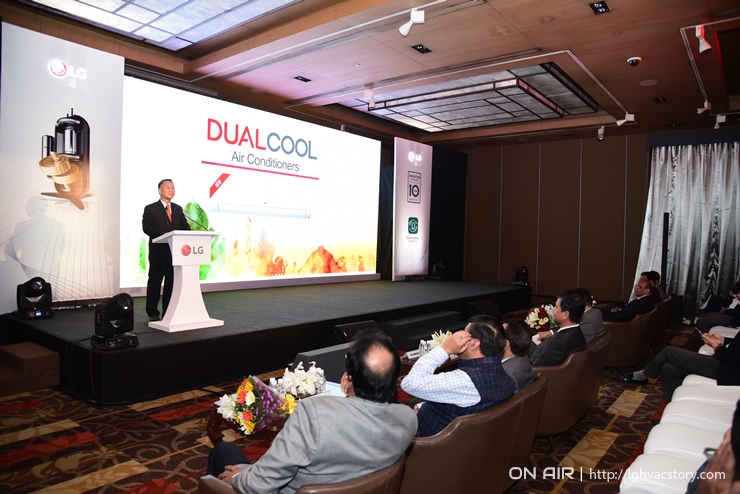 A conference introducing LG products was held during the exhibition as well. First, the managing director of LG India, Ki-Wan Kim, gave a welcome speech. Mentioning the last twenty years in which Indian consumers have shown great response to LG Electronics products, he shared LG’s plan to lead the AC market with innovative products.

Next was Director General Ajay Mathur from the Energy & Resources Institute (TERI), a representative energy institution in India. He pointed out that we need high-efficiency electronics in order to keep up with global warming and elongating electronic operating hours, and welcomed the launch of LG’s DUALCOOL. He also mentioned that electronics providers need to develop new technologies to make sustainable development possible. 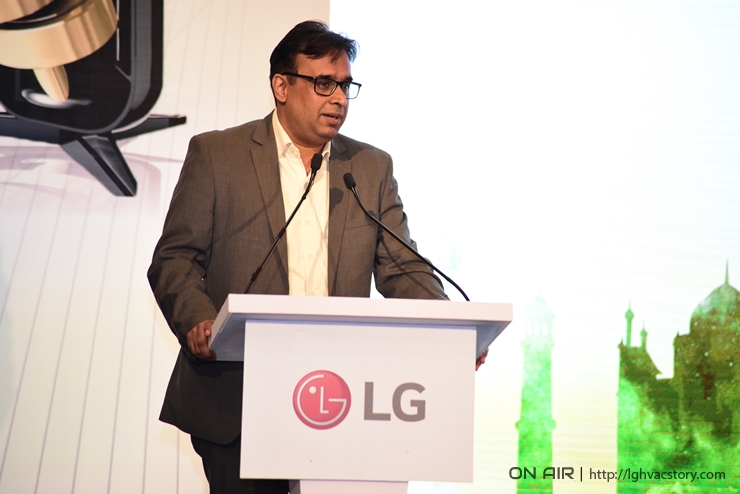 Energy economist Saurabh Diddi from the Bureau of Energy Efficiency

The third person to take the stage was energy economist Saurabh Diddi from the Bureau of Energy Efficiency (BEE). He stated that ISEER is the first step for India to take toward becoming an exemplary country for efficient energy expenditure, and that he was glad to see LG Electronics take an active role. 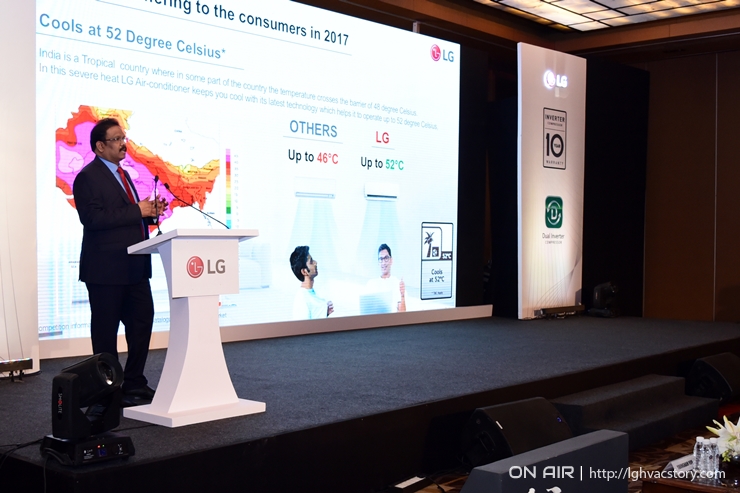 The last was Vijay Babu, the business head-RAC from LG Electronics India Pvt. Ltd. who introduced the look of the new products and their technologies. LG has strived to improve energy efficiency which is considered the most important factor when consumers choose ACs. He was confident that LG’s DUALCOOL series will prove its high-performance and energy conserving qualities through design innovation and LG’s inverter technology.

The price gap between regular ACs and inverter ACs used to be quite high at 25-30%. LG, however lowered this gap to 12-15% by producing DUALCOOL at factories in Noida and Pune in India. Some price difference between the two kinds remains; DUALCOOL can be more economical considering the long-term expenses as they save up to 50% on the annual operational cost.


In order to promote its products’ excellence more effectively, LG has aired TV commercials in India as well. The commercial shows the strengths of LG ACs that can be given as gifts to loved ones without having to worry about electric bills, through a heart-warming story of a father and daughter.

Inverter ACs account for 65% of the global AC market, but their share in India is quite low at 10-12%. I believe that the AC market trend will take a new turn with the introduction of ISEER and LG DUALCOOL. I look forward to seeing a “cooler” India.