In the previous post, we have learned about the technology of inverters by comparing with some examples. Now let’s have a look at what’s special about LG inverters. After looking, decide on what’s your favorite features that are introduced here. 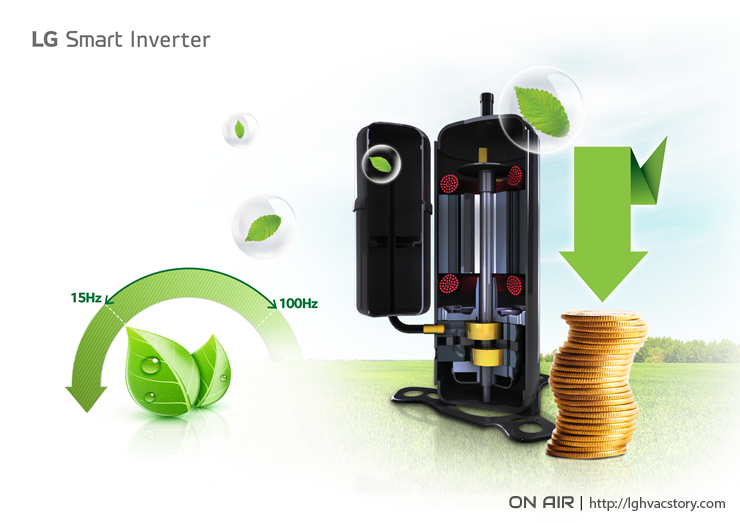 LG inverters spend less energy during light load times compared to constant speed, so they are able to save high amount of energy annually.

Traditional constant speed compressors can only alternate between a fixed speed and full stop, however LG Smart Inverter compressor intelligently adjusts output according to its surroundings because it can run in variable speed.

External conditions can even change every minute. So the smart compressor runs fast during the hottest time of day and slows down when the temperature drops. In this way, it finds the optimal running conditions to save the most energy. 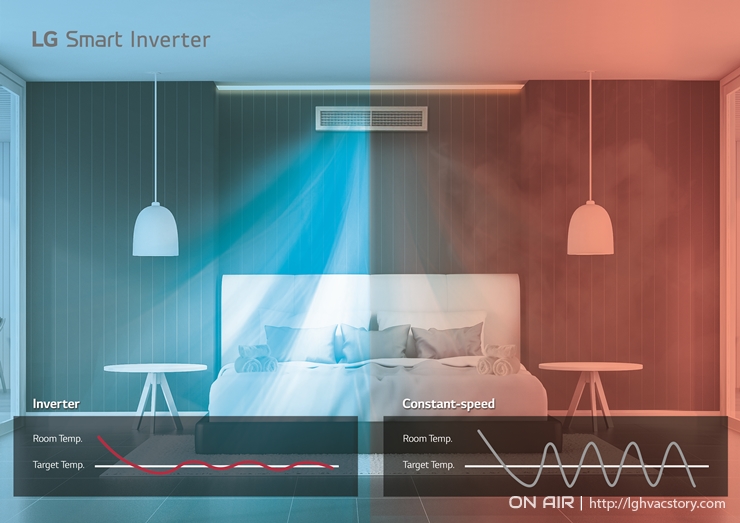 Wait, how are LG inverters different from other inverters?

LG inverters use Smart Sensors (sensing temperature and pressure) are applied to VRF. Compared to the existing products which only have temperature control, LG inverters enable faster and more exact control by using the pressure control for accurate measurements.

Thanks to this smart sensors, the Smart Inverter starts changing the compressor’s speed to reach target temperature quickly, but constant speed compressors cannot make any changes.

So you can enjoy quick cooling with the Smart Inverter whereas constant speed compressors reach the same temperature slowly, and cannot maintain a consistent temperature due to its start and stop features. 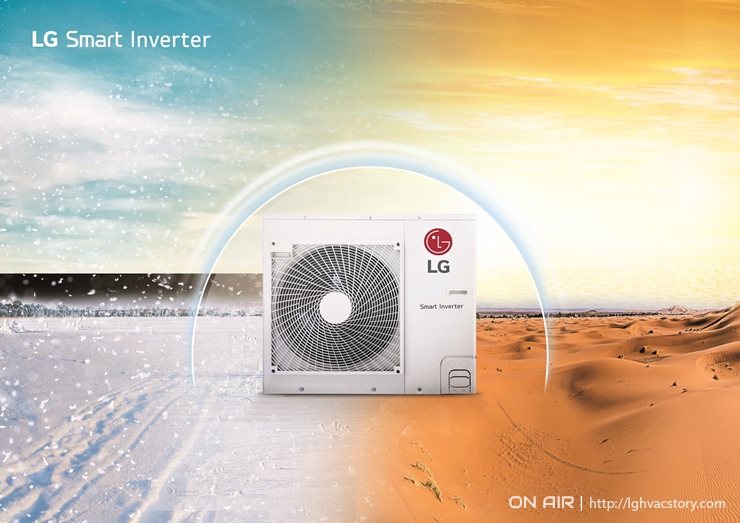 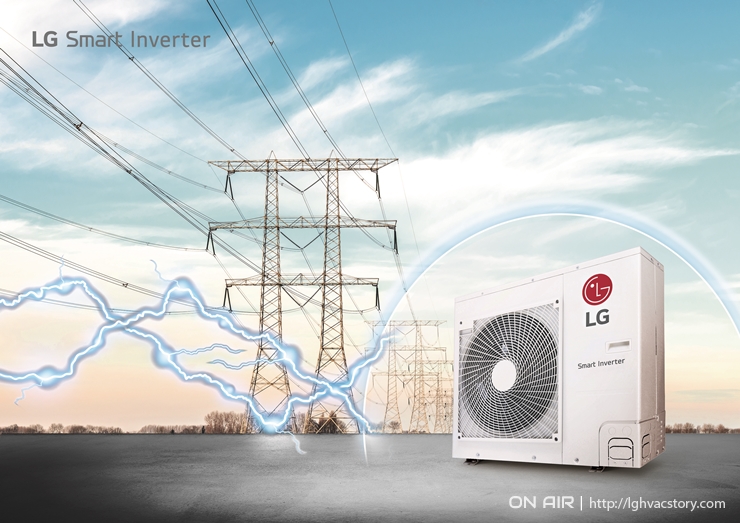 Inverters guarantee a wide operational range, running perfectly fine as long as the outside temperature is between -5℃ to 46℃. (Tropical model) Moreover, in places where voltage is unstable, LG inverters operate voltage protection mode to increase durability and operate safely.

Inverter technology saves energy and reduces costs by increasing efficiency. LG has applied its inverter technology to various electronics including VRF, refrigerators, and washing machines, and these products have been getting a lot of attention from consumers. LG will continue to bring the highest satisfaction to consumers with it technology as the best inverter electronics provider.

Related Post
THE REAL MEANING OF SMART TECHNOLOGY
Post Views: 2,149
*Products and solutions may vary according to country and operating conditions. Please click the 'INQUIRY TO BUY' banner below to contact your local LG office for further information on solutions and products.
Technology Behind Inverters – Part 1 Previous
LG’s 24-Hour Environmental Protection Relay for World Environment Day Next